Our research tackles some fundamental evolutionary questions such as speciation, adaptation, and introgression. In particular, our work focuses on integrating experimental and computational approaches to study adaptive introgression in model and non-model organisms. Our research interests also include investigating anti-predator adaptation such as mimicry, aposematic coloration, and camouflage in insects.

The evolutionary mechanism of speciation in butterflies

Chemosensing plays a fundamental role in the life history of these groups of butterflies and in the establishment of reproductive isolation. However, chemical communication involves synergistic sensory and accessory functions, and it remains challenging to investigate the molecular mechanisms underlying behavioral differences. Neotropical Heliconius butterflies are well known for Müllerian mimicry, intricate behaviors, and multiple instances of radiation, which are ideal system for speciation. Here, we examine the gene expression profiles and genomic divergence of three sensory tissues (antennae, legs, and mouth parts) between sexes (females and males) and life stages (different adult stages) in two hybridizing butterflies, Heliconius melpomene and Heliconius cydno. We revealed the evolution of chemosensing in incipient speciation of butterflies between sexes and life stage. 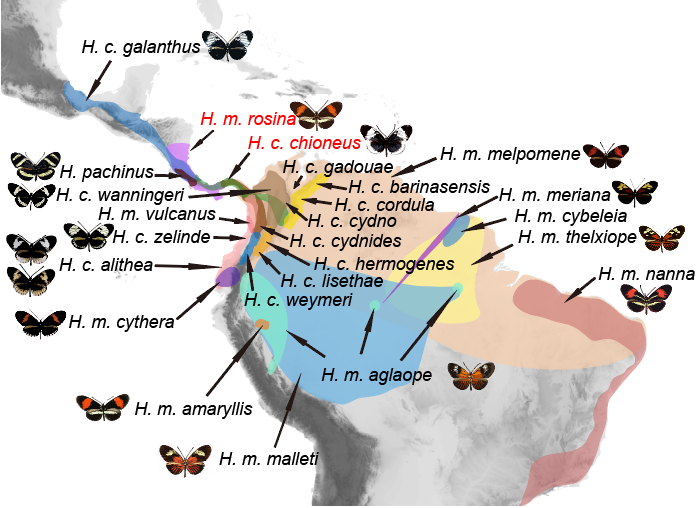 The evolution and diversification of oakleaf butterflies

Oakleaf butterflies in the genus Kallima have a polymorphic wing phenotype enabling these insects to masquerade as dead leaves. This iconic example of protective resemblance provides an interesting evolutionary paradigm that can be employed to study biodiversity. We integrated multi-omic data analyses and functional validation to infer Kallima’s evolutionary history and investigate the genetic basis of their variable leaf wing patterns. We find that Kallima butterflies diversified in the eastern Himalayas and dispersed to East and Southeast Asia. Moreover, we find that leaf wing polymorphism is controlled by the wing patterning gene, cortex, which has been maintained in Kallima by long-term balancing selection. Our results provide macroevolutionary and microevolutuoanry insights into a model species originating from a mountain ecosystem. 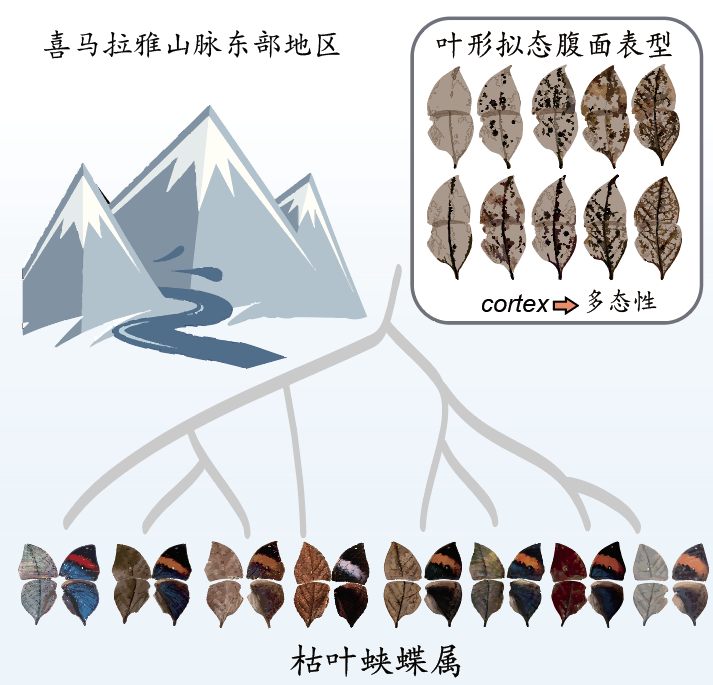 Heliconius butterflies have undergone adaptive radiation and therefore serve as an excellent system for exploring the continuum of speciation and adaptive evolution. However, there is a long-lasting paradox between their convergent mimetic wing patterns and rapid divergence in speciation. Here, we characterize a locus that consistently displays high divergence among Heliconius butterflies and acts as an introgression hotspot. We further show that this locus contains multiple genes related to locomotion and conserved in Lepidoptera. In light of these findings, we consider that locomotion traits may be under selection, and if these are heritable traits that are selected for, then they might act as species barriers. 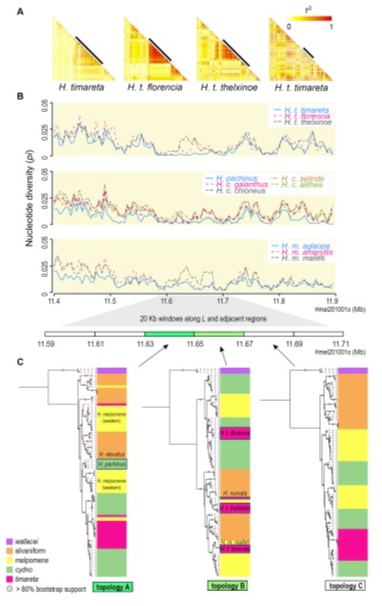